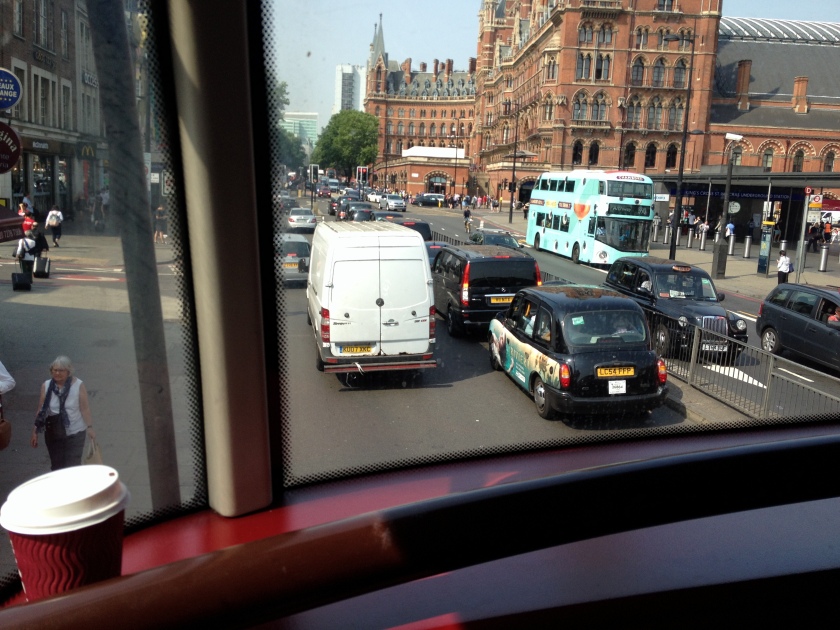 London so far has been amazing.

It did not, however, have the best start. The first night featured a restless night’s sleep. All of the hostels I’ve stayed in previously had 2-4 people in the room; this one has 10. I figured it would be fine, just a bit squishier, that’s all.

In all of the hostel rooms I’ve been in so far, everybody’s been pretty considerate about the “minimal noise and lights after midnight” rule that most hostels have. If you come in late, you try to be very quiet and just use the lamp on your bed or a flashlight. And one or two people coming in late isn’t that disruptive – you may wake up, but likely you’ll be asleep again in a couple minutes.

In a ten-person room, this is different. There were a couple of girls the first night who were – shall we say – not as considerate. They came in at about 12:30, turned on all the lights (waking everybody up) and then proceeded to, by the sounds of it, organize their rock collections for the next half hour. Finally, they went to bed.

About ten minutes later, another person came in and started rummaging around in their suitcase.

And so on and so on, until I finally noticed it was completely quiet at about 3 in the morning.

Everything was peaceful until 8a.m., when the fire alarm went on. It turned off again after about two minutes, but not before everyone had already gotten out of bed. Giving up on sleeping further, I got up and had breakfast at the hostel and figured out the day’s plan.

Photo taken while riding at the top front seat of the first bus. It was fun while it lasted, which was about three minutes, before the bus terminated its route.

Even after all that, though, the British Museum was so worth it.

Outside of the British Museum:

My favourite thing was definitely seeing the Rosetta Stone, a stone inscribed with the same decree in three different languages, and for this reason became the key to deciphering Egyptian hieroglyphs after its discovery in 1799. Fun fact: the Rosetta Stone is also the most visited object in the British Museum, and where it’s been since 1802! 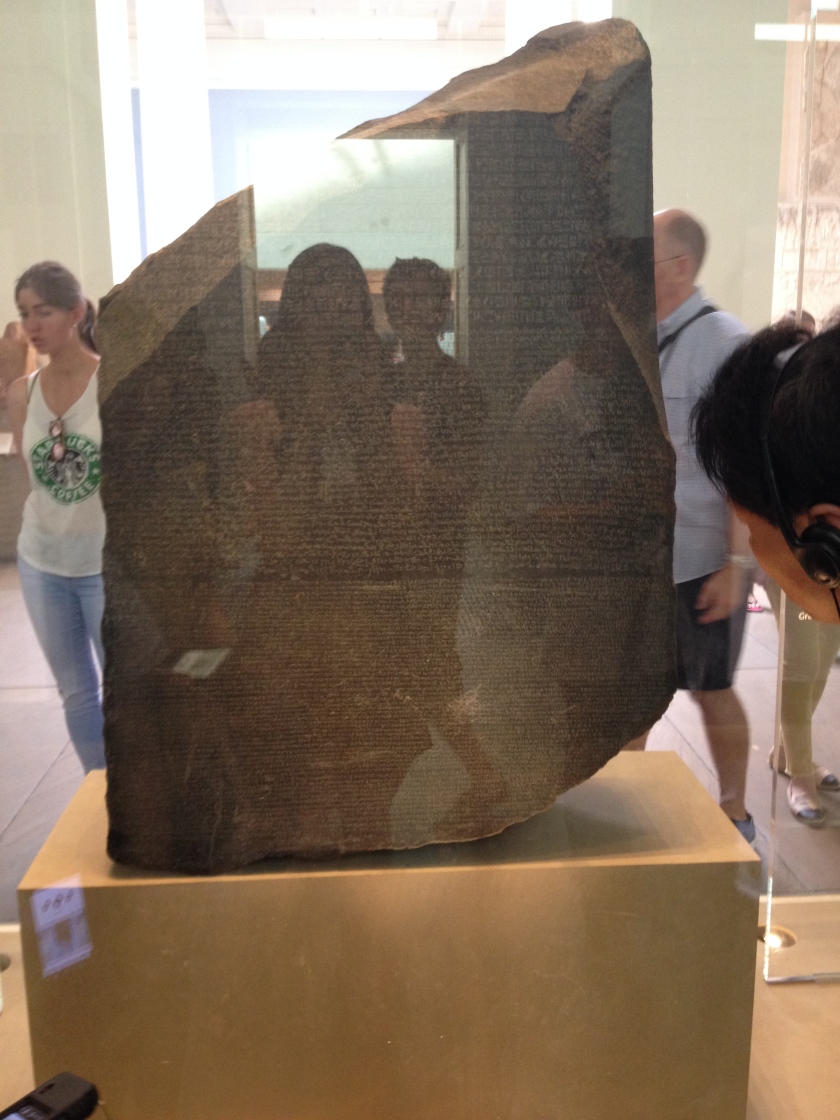 Other highlights at the British Museum included the Parthenon sculptures, whose presence in the museum is rather controversial since they were taken from Athens; the Egyptian mummies; and the Sutton-Hoo relics, which were found in burial chamber built inside an old ship and surrounded by a mound of earth. The Sutton-Hoo burial was likely for somebody of great importance, but so far their identity has remained an “unsolvable mystery”.

Following the British Museum, I headed in the direction of the National Portrait Gallery. I didn’t get lost once on the whole walk over (possibly a first for me!) AND I even found a really nice used bookshop on the way, where I spent a fair bit of time.

The National Portrait Gallery was quite cool, filled with portraits of many royals as well as many well-known figures, such as Charles Dickens, Mary Wollstonecraft, and William Shakespeare; the portrait of Shakespeare is supposed to be the only likeness made during his life.

Coronation portrait of Queen Elizabeth I (one of my personal favourites):

Portrait of the Bard himself:

Next I took the underground train (aka the tube) to Piccadilly Circus, where I wandered around for a little while, seeing Trafalgar Square as well, before heading back to the hostel on the tube again.

The tube proved to be very, very easy to learn how to use, not to mention significantly faster than the bus and way more convenient. Trains also come about every two minutes.

At the hostel, I spent a couple hours resting, and then in the evening went out for a drink with a couple of the other hostel girls, one from Munich and one from the Congo. Spent a nice evening chatting with new friends. Afterwards, I had a much better night’s sleep than the previous night, despite the fire alarm going on (again) for just thirty seconds – this time at three a.m. When it started, we all sat up and looked at each other – the alarm stopped – and we all laid down and went immediately back to sleep.