Our final day in Ireland sent us back to Dublin, where the adventure had begun just six days earlier.

We started out the morning at the Guinness Storehouse. As our tour guide said, in Ireland, it’s never too early for a pint!

At the storehouse, we learned a bit about the history of Guinness, how the beer was made, and finally learned how to pour “the perfect pint” at the Guinness Academy. We drank our own pints up on the 360-degree-view Gravity Bar, which tops off the Storehouse.

Views of the city from the Gravity Bar: 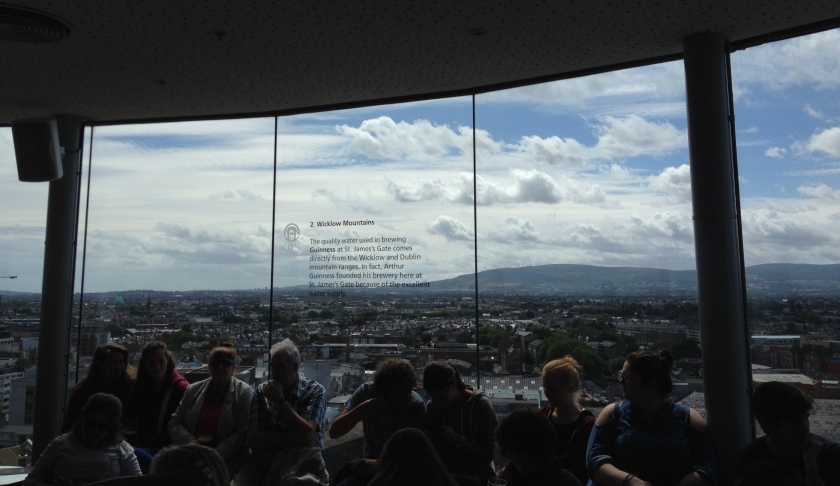 After the Guinness Storehouse, we had some free time to explore the city. I set off solo to see one of the attractions I hadn’t had enough time for in my first day in Dublin: the Epic Ireland museum of emigration.

Epic Ireland is a fairly new establishment (it opened in 2016), and it took a very different and much more interactive approach than your typical museum. It did an interesting job of explaining the many reasons for and methods by which people have emigrated out of Ireland, often connected with times of conflict, famine, and/or severe economic issues. The museum also highlighted how the people who had left maintained their claim to their Irish roots. The population of Ireland today is about 6 million, but up to an estimated 80 million people around the world claim Irish heritage.

After Epic Ireland, I rejoined my tour group. We had a little down time at the hotel and then headed on to our final evening together, at the Merry Ploughboy Pub. 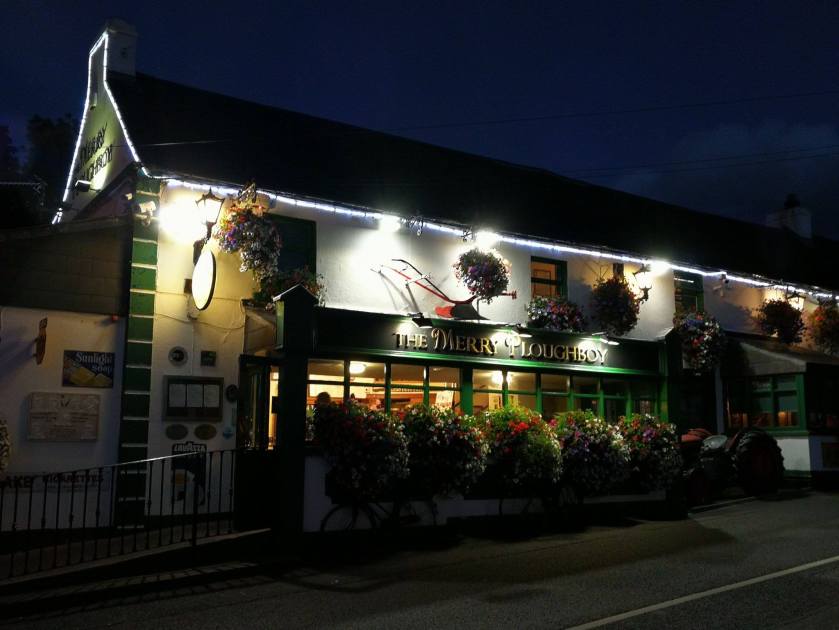 The Merry Ploughboy was, hands down, one of my best times in Ireland. Our tour group took up an entire room, where we were treated to live Irish music, some amazing traditional Irish dancing, and delicious food to top it all off.

It was the perfect way to end our time in Ireland. That night, we all bid each other farewell. When I originally signed up for the trip, I wasn’t sure how it would go – travelling and rooming with complete strangers for a week – but at the end of it, I felt incredibly grateful that I’d had such good friends to spend the week with.

The next morning, I would wake up early, take a bus to the airport, and finally, after two months of adventuring, fly home to Canada. I only got to spend a very short week there, but the Emerald Isle, like the rest of my adventures that summer, is going to stay with me for a very long time.

My first sight of Canada again from the plane. I knew I was home, because all I could see were lakes: