And I’m off on my next adventure: British Columbia!

I’m going to be travelling for the next couple weeks through B.C. Originally my plan was to travel alone, but my friend Ashleigh decided to come with me, so now I’ve got some travel company! As much as I love travelling solo, I do love travelling with friends as well.

We started our journey by taking the train from Jasper to Vancouver. It’s only about a 9 hour drive, but was supposed to take 23 hours by train. Mysteriously, the train arrived to Jasper 7 hours late, yet arrived in Vancouver on time, taking only 16 hours.

It was a long trip, but I have no regrets. The train took its time winding through valleys and along rivers, and it’s one of the most beautiful journeys I’ve ever been on.

Going along a lake just outside of Kamloops. You can see the back of the train in this photo: 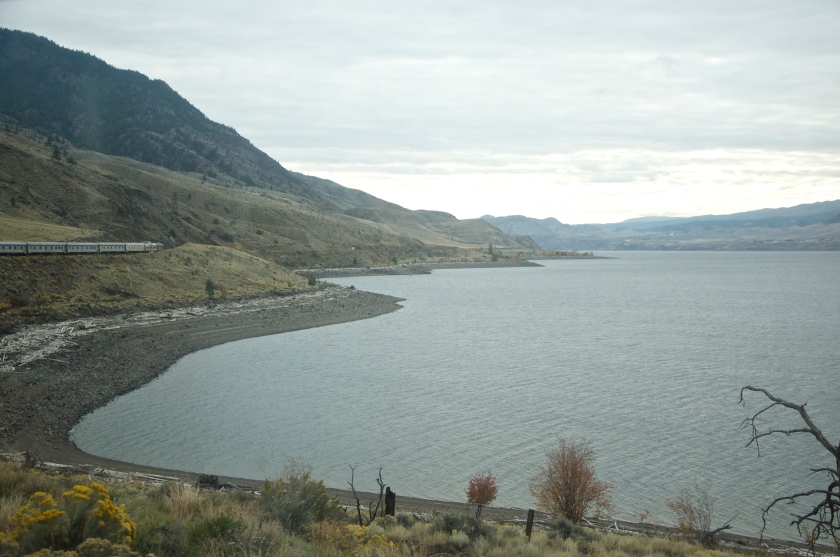 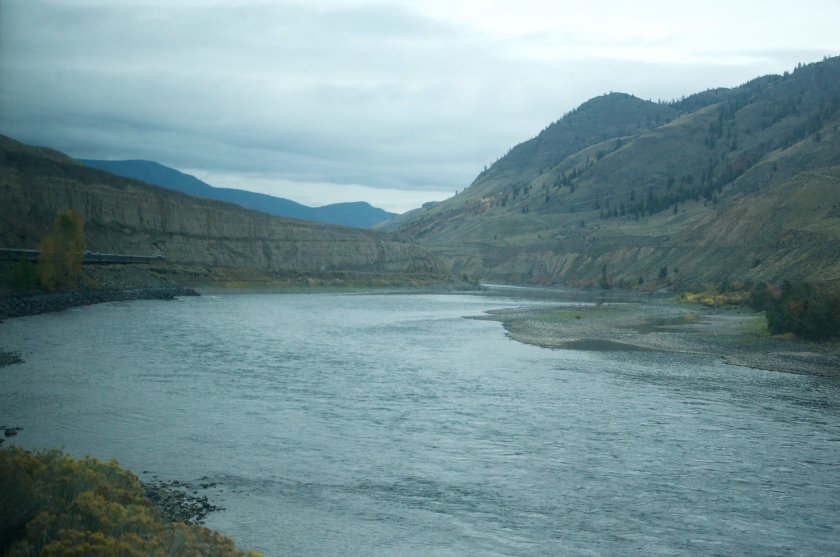 I saw a lot of Bald Eagles and even some Golden Eagles along this river! 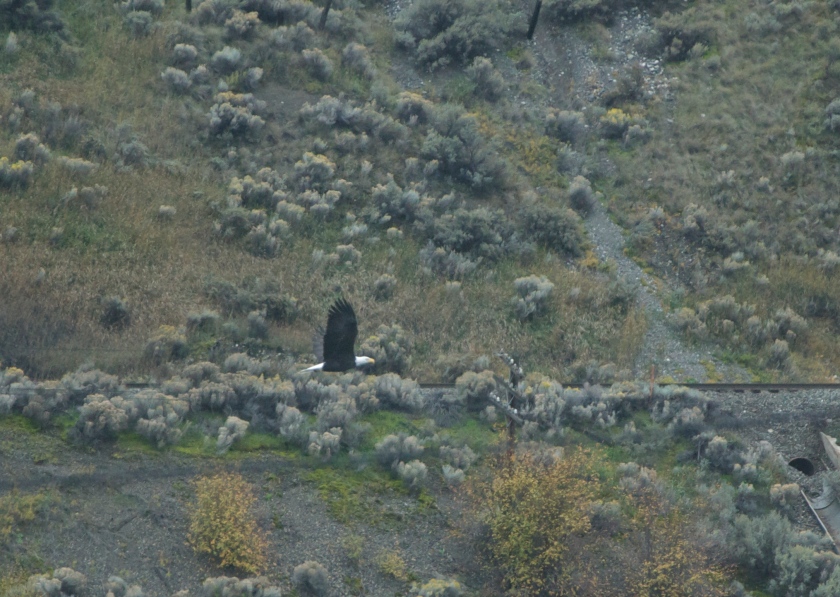 The Thompson River. This part felt like we were in Newfoundland or something:

Going through a tunnel. The back half of the train is just going into the tunnel, we were already out of it:

The scenery changed and became greener as we went.

Going through the Fraser Valley:

Just outside of a small town called Hope, British Columbia:

I took most of these photos from the observation car. You could sit up above the rest of the train, in a little glass dome. 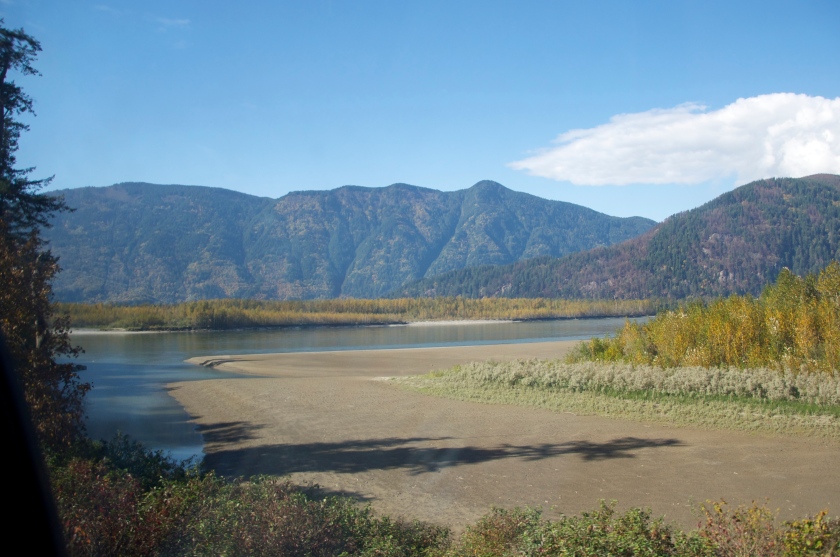 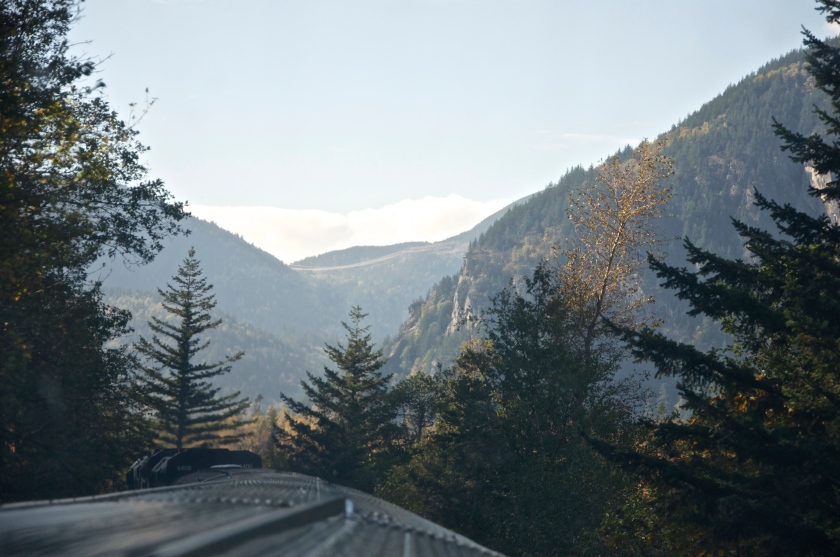