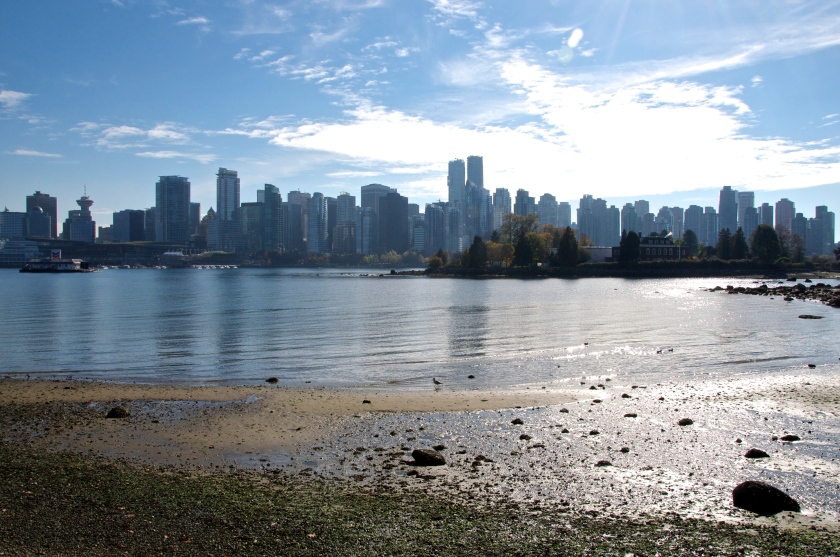 We slept in a bit on our first day in Vancouver. We were very tired from the train the day before – it’s amazing how exhausted you get, doing nothing but sitting.

So it was late in the morning when we headed out for our first adventure. On the way to the bus stop, we saw a churro place and made a quick, impromptu stop for some breakfast churros and the most delicious Mexican hot chocolates:

After that, we made it on the bus and got to our first stop: Stanley Park!

I’ve heard nothing but good things about the Vancouver Aquarium, located in the Park, so we started out there. It went swimmingly!

Ready to dive into the adventure: 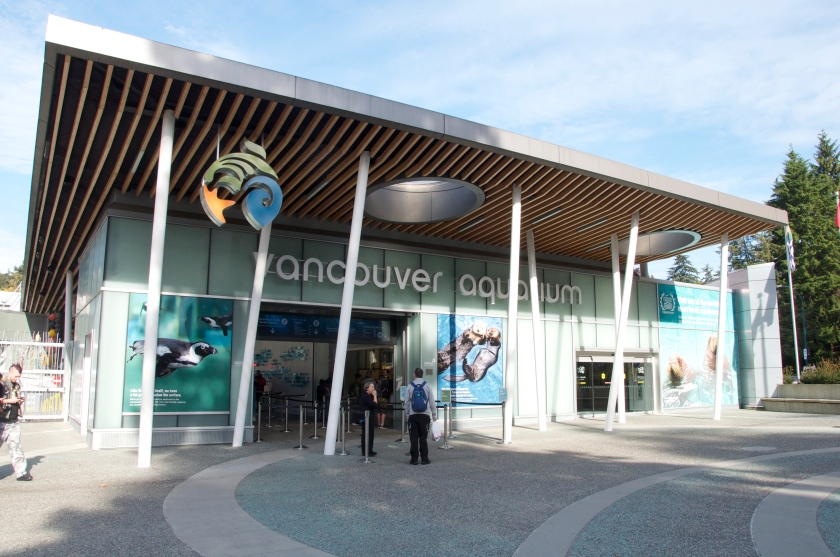 We arrived 10 minutes before an otter feeding and training session was set to begin.

We had an otter-ly wonderful time watching them: 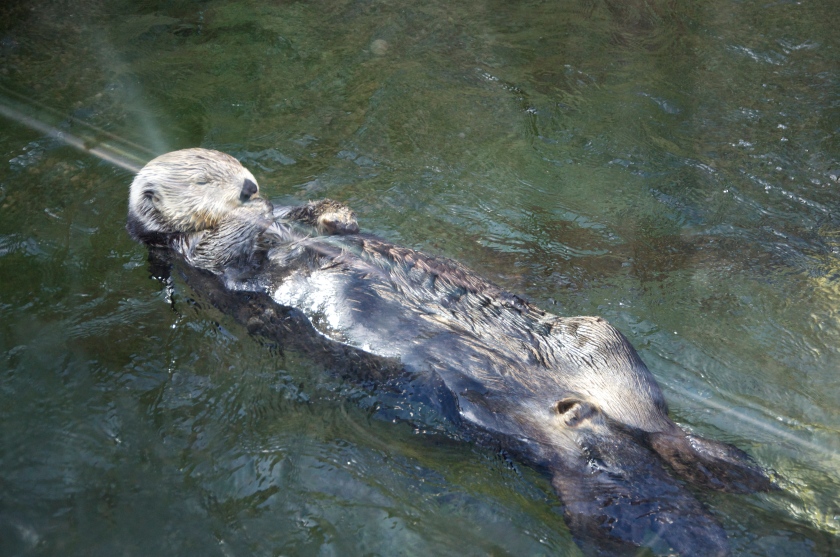 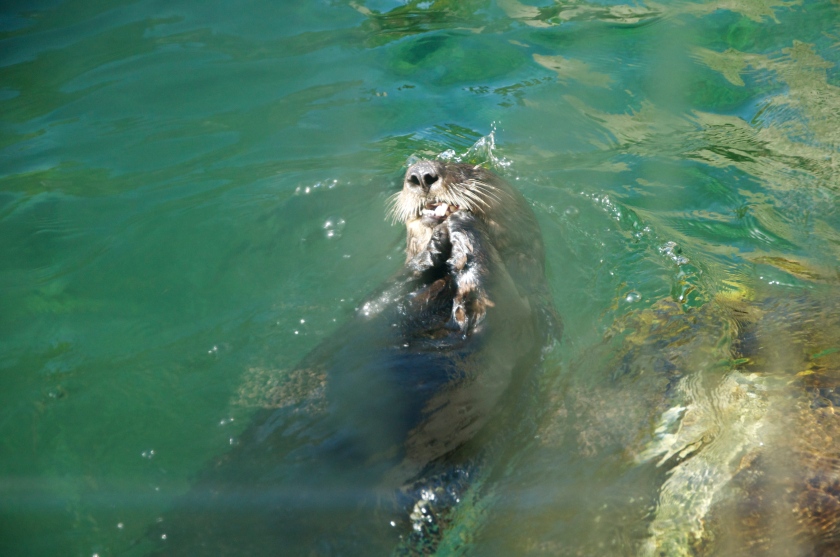 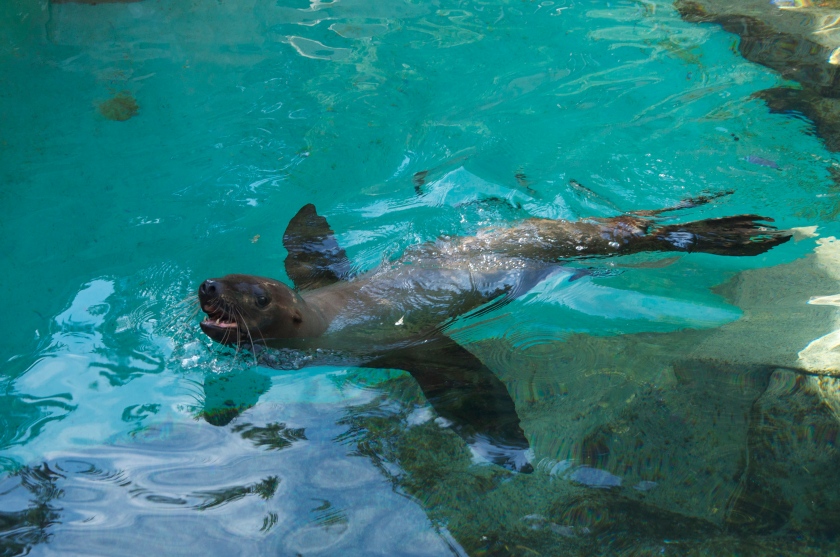 I wouldn’t want to make anemonie out of this guy:

When we’d finally sea-en everything at the aquarium, we headed out and walked around Stanley Park for a little while.

Walking along the seawall. Lions Gate bridge in the background:

On the way back:

We walked back to our hostel, stopping along the way at a pie shop. My friend Ashleigh, who is travelling with me, has been talking about the meat pies they have in Australia and New Zealand (where she’s from) for the past couple of months. To her delight, we found an Australian pie shop. They had a specialty turkey and cranberry pie. It came with mashed potatoes and gravy on top and was so good.

Ash also had me try a very strange Australian dessert called a “lamington”. It was kind of like sponge cake, with melted chocolate and coconut on the outside. She claims it was a staple of her childhood.

The lamington… doesn’t look that appetizing: 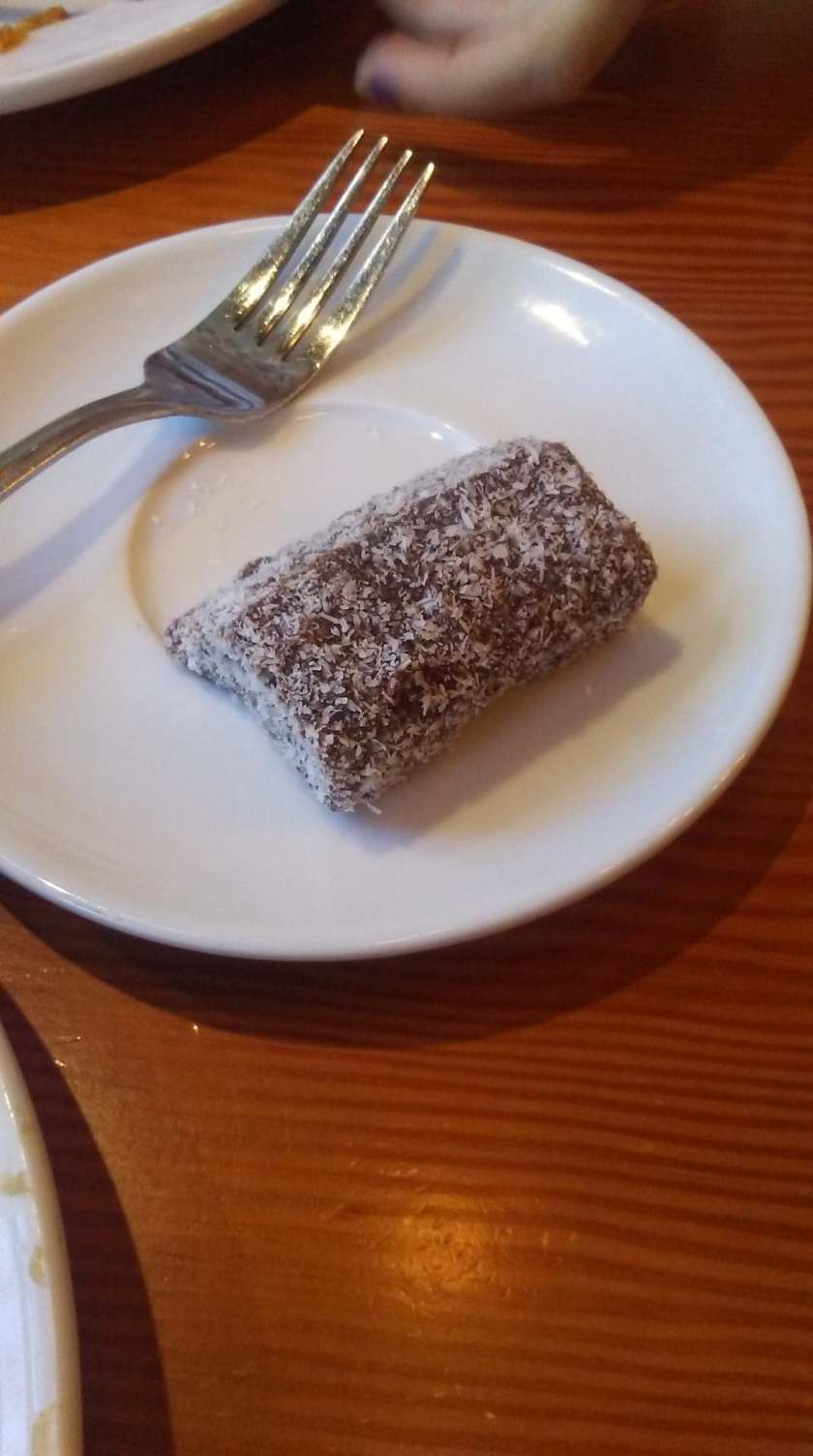 We had no plans for the evening but then a friend told me that the Vancouver International Improv Festival was going on that weekend. It seemed serendipitous, so off we went.

The venue was on Granville Island, so to get there, we had to take the seabus!

Beautiful sunset by the beach, right before we took the bus:

Riding on the sea bus. It was surprisingly small and informal – the one we were on could only have fit about 15 people, max. We were the only ones on it at the time. It was so much fun:

It was both mine and Ash’s first time ever seeing improv, so it was a bit of an interesting experience, but quite entertaining. We took another seabus back across the water, and then back to our hostel to rest up for the next day.