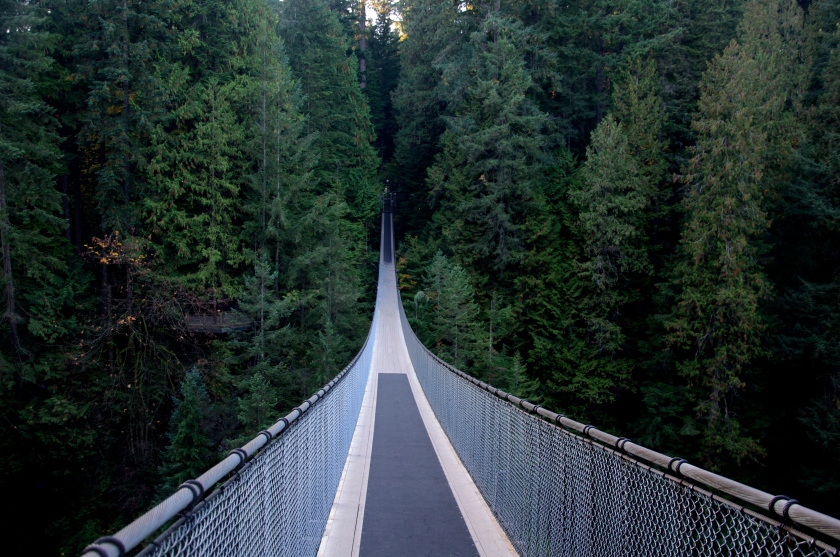 We left Victoria and took a bus, ferry, and another bus, back to Vancouver, where we had a few more days.

The first day, with little other plans yet, we signed up for a tour offered by our hostel. It was known simply as “Erik’s Tour.”

Erik, as it turned out, was a seventy-seven-year-old man. He was originally from Denmark, but had lived in Vancouver for the past fifty-six years, and had been doing twice-weekly tours for the hostel since 1993. As he told us, age was just a number – he had the energy of a thirty-year-old man. He was super knowledgeable about the area, and was indeed very active – at times he’d say something like, “quick, we need to catch that bus!” or “we have thirty seconds to get on this train!” and take off, leaving us all to sprint after him.

The tour took us all over the city by walking, bus, ferry, and train.

By the False Creek Harbour, in David Lam Park. The full saying on this piece reads: “The moon circles the earth, the oceans responds with the rhythm of the tides.” 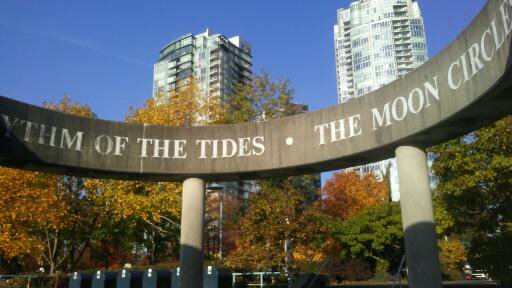 Next we headed to Capilano Lake: 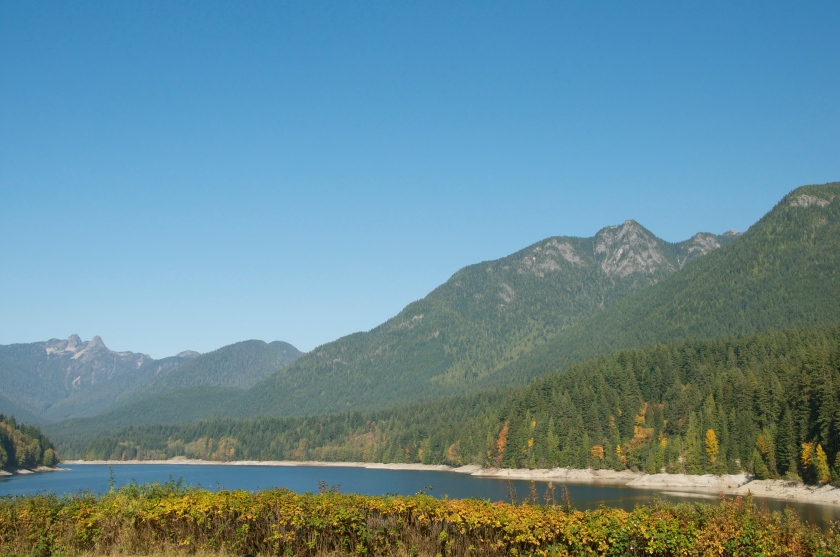 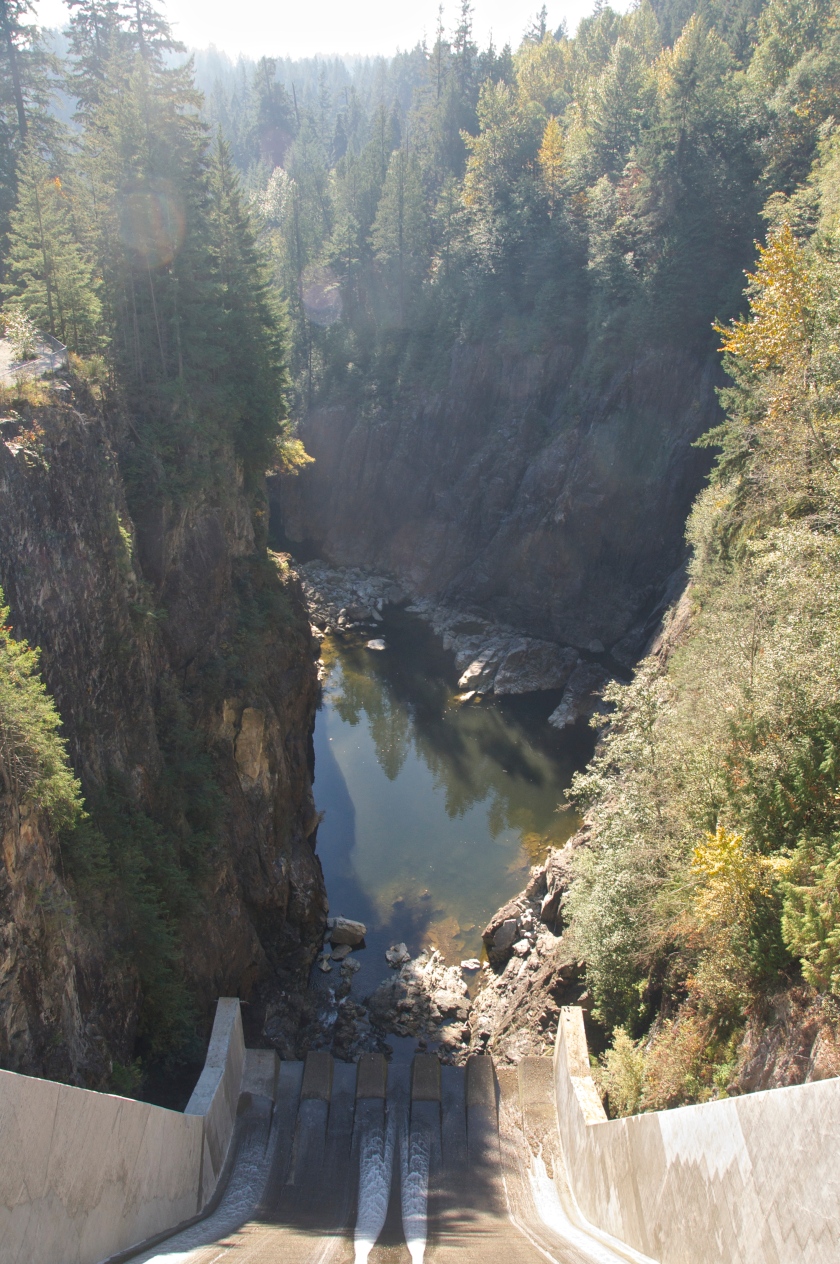 We walked through Capilano Forest, which was beautiful and full of old growth: 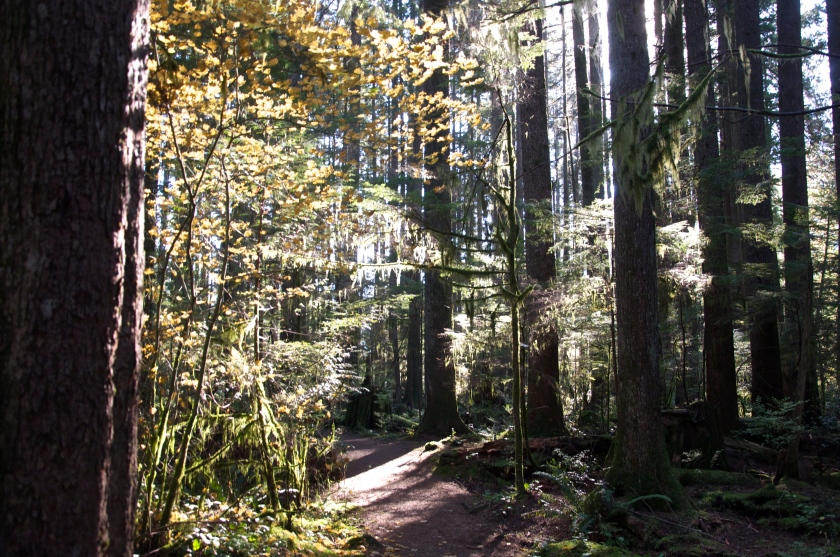 Near the base of Capilano Canyon: 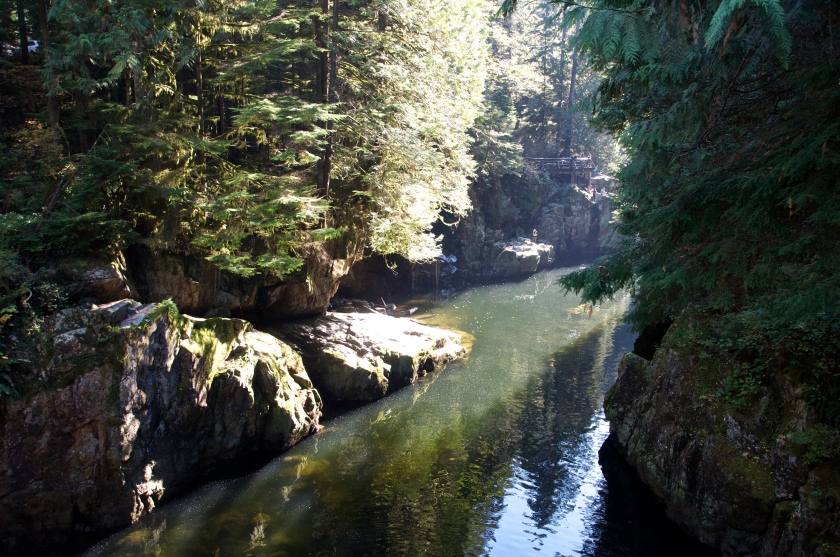 The final destination of our tour was the Capilano Suspension Bridge Park. The suspension bridge spans 140 metres, and is 70 metres above the Capilano River. 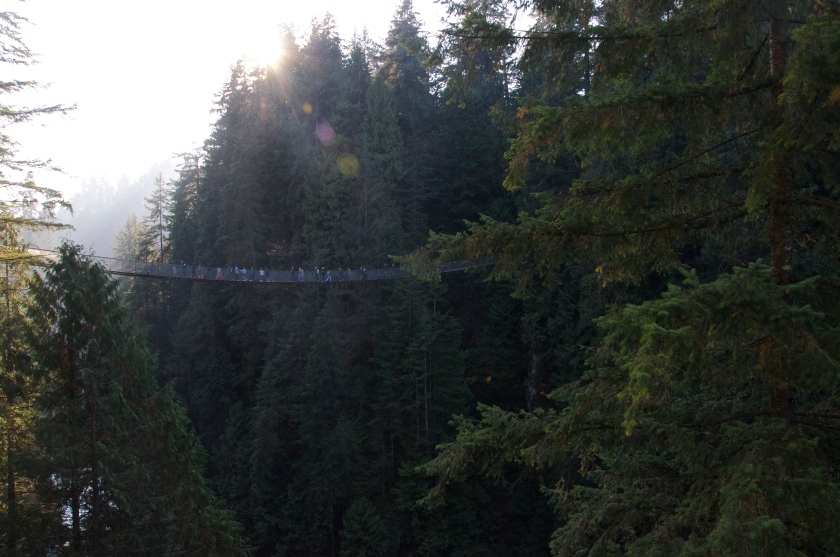 As someone who is afraid of heights, it was a bit terrifying. Especially when you got out into the middle of the bridge and could feel it swaying side to side.

Nonetheless, I made it out alive.

The Park also had a Cliffwalk, which was a suspension bridge hanging off a rock face. This was even more terrifying:

The most fun part was the Treetops Adventure. It was a series of bridges that took you through the trees. We were still well off the ground, but in a much less terrifying way: 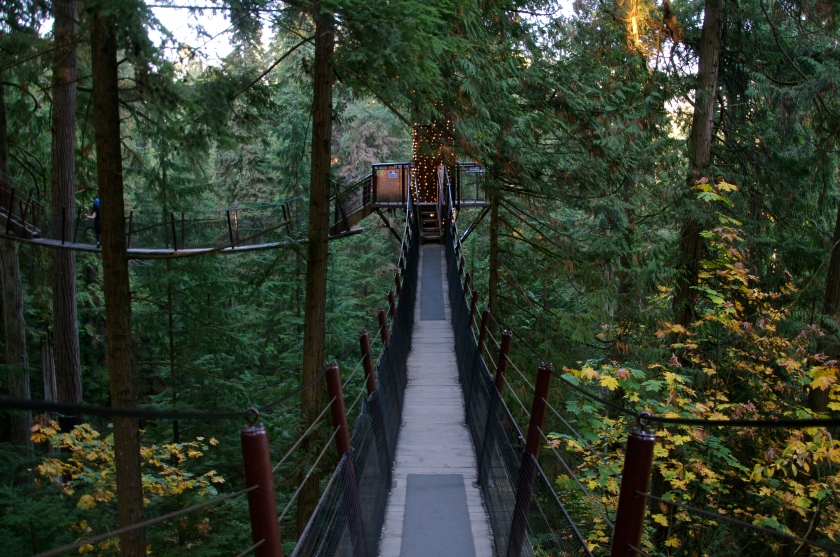 The lights are special; they put them up every year for Christmas. It’s weeks away still, but it takes a long time to get all the lights up. Combined with the fact that it was just starting to get dark as we were there, the lights made it magic: 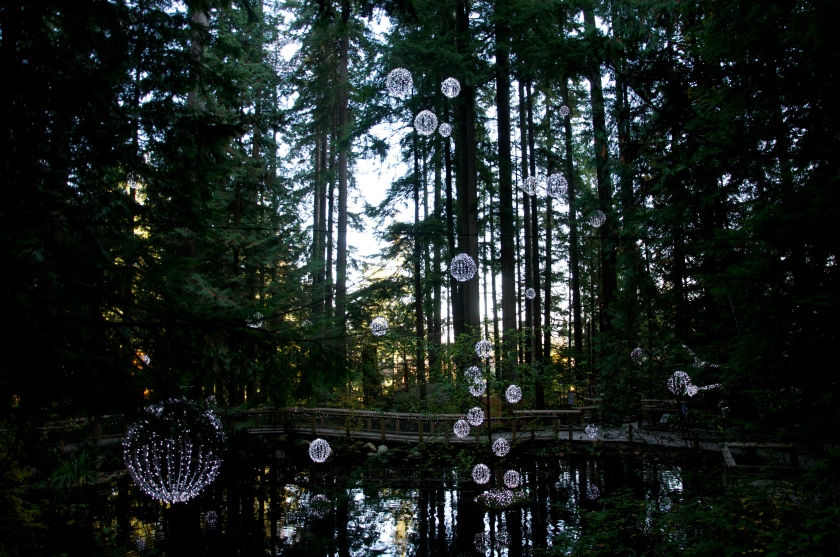 Erik guided us back to the hostel via bus. The entire tour lasted 9 and a bit hours, and by the end of it, we were so exhausted that we just collapsed into bed for the rest of the day.

“In the polar bear capital of the world, volunteers get a glimpse of the frontlines of climate change.” Check out this new article I wrote for Verge Travel magazine, on volunteering & environmentalism in Canada’s north. Inspired by the trip I took the Churchill in 2019 & the beautiful lights I saw there. 🌌 link in bio. #sustainthenorth #churchill #churchillmanitoba #northerncanada #climatechangeawareness #travelcanada #volunteertravel #travelwithpurpose #northernlightsphotos
Latest lockdown orders got you down? Take a virtual trip to the outback with me, as I reminisce about my road trip along Australia's dinosaur trail. Featuring loch ness monsters, waltzing matilda, and epic outback sunsets. 🦕 link in bio
Little known fact about wombats: they make excellent co-pilots. #havewombatwilltravel #wombats #queenslandroadtrip #queenslandtourism #queenslandtravel #travelqueensland #athertontablelands #outbackadventures #outbackqueensland #bananastand #australiaroadtrip #travelaustralia
Watched the movie "Into the Wild" last night and this quote from the opening stuck with me.
When I was travelling around in my car... every item had a place & every space had a function. My favourite thing was falling asleep watching the stars through the sunroof. It's hard to beat the freedom of pulling up anywhere and thinking, "this is beautiful... let's stay just a little longer."
Koala cuddle train.
...and are they ever beautiful 💙🐢#queensland #greatbarrierreef #seaturtle #greenturtle #capetribulation #oceansafari #capetrib #fnq #fnqlife #seeaustralia #thisisqueensland
Confirmed: Australian turtles do not speak with Californian accents... #queensland #queenslandtourism #findingnemo #greenturtle #seeaustralia #seaaustralia #thisisqueensland #greatbarrierreef #seaturtles🐢 #snorkelaroundtheworld #coralreef #beautifulocean #underthesea #likewhoa #gimmesomefin #justkidding
Pe-rry! This platypus surfaced in the water about three feet from where I was sitting, and as soon as it heard my camera *click* it dove back down. Swipe to see views from where I sat on the bank, from 5am on, waiting. #duckbilledplatypus #fernflatcampground #brokenriver #eungella #eungellanationalpark #nationalparksaustralia #queensland #australianwildlife #platypus #naturesmostcuriouscreature
Loading Comments...
%d bloggers like this: