I was thrilled with the aurora I’d seen on my first night. If that was the only thing I got to see all month, I would have gone home perfectly happy.

Instead, the second night blew my socks off (not literally, I would have got frostbite). It started with a display of green and a little bit of orange (the first day, we only got the green!):

Since being here, I’ve learned that not everybody sees the colour in the northern lights. For most people, the northern lights appear as whitish light in the sky, and only see colour when the lights are exceptionally strong. A lot of people are surprised when they see the lights because it doesn’t match what they’ve seen in pictures; that’s because cameras can actually pick up more colour than our eyes, especially over a long exposure.

The aurora next transformed to a beautiful burst of orange, yellow, and green: 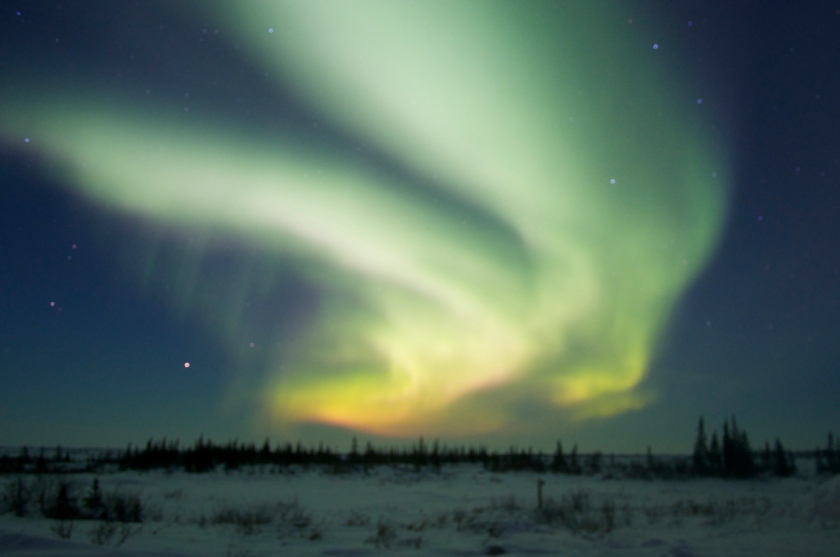 My favourite shot from that night. Here you can see the lights over the side of the CNSC building. It was cold outside, but the lights were so dazzling that I stopped noticing the temperature altogether.

Dancing around. There was even a little bit of white and a pink line, along the bottom of the thick part in this one: 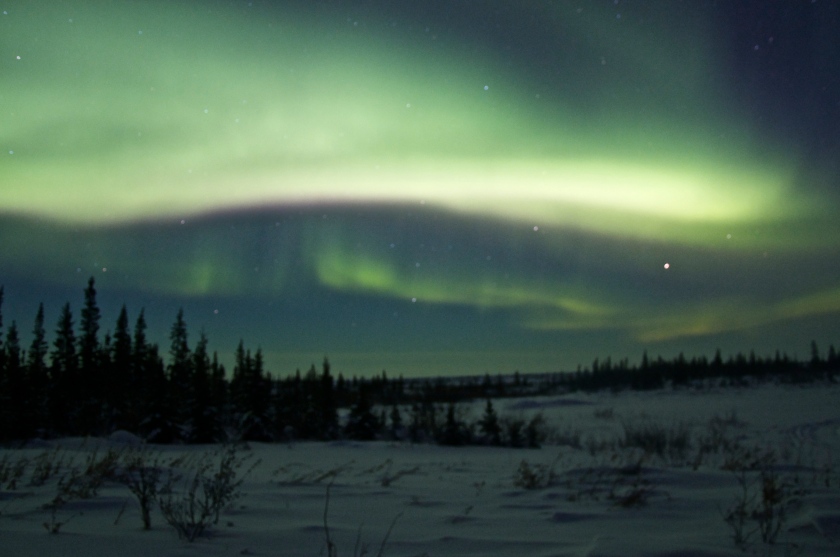 At several points, almost the entire sky was lit up with green:

I had so many pictures I was happy with that, at that point in the night, I put my camera away. I went inside and continued watching the lights from the observation dome. The observation dome is one of my favourite features of the CNSC; it’s an indoor platform rising up from the middle of the building. Officially, I think five people can fit on the platform (but when there’s auroras, it’s more like eight or ten). You can stand with your shoulders and head in a clear dome that offers 360 degrees views of the skies.

If you can believe it, the skies got infinitely more incredible as the night went on. At one point, the entire sky just exploded with colour. It was so strong that everyone could pick up on the colours. There was green and a ton of pink, right over our heads. It lasted about five minutes, and happened so fast that I’m glad I had put my camera away. I love  taking photos, but sometimes I love just looking and appreciating the moment.

March is prime time for viewing the northern lights, but even so, the astronomy experts at the centre told us that night was a particularly amazing display; maybe even the best they’ve had all month. I feel insanely lucky to have witnessed it.