About a week ago, there was a night of mild aurora (it was technically mild, but still beautiful!).

A mild aurora can sometimes make for better photos, as it allows you to play around and be more creative with what’s in the foreground. That night I wandered around to the back of the building and took some photos with the power lines:

I recreated the shot the next day around sunset: 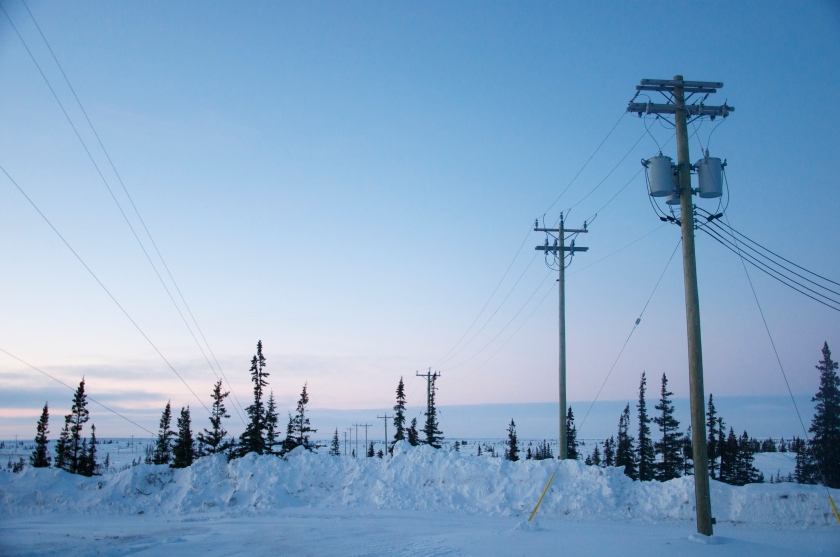 At night, we’re really not supposed to go further than the area immediately around the centre. The old rocket launcher is about a ten-minute walk away – too far to go alone, but I really wanted to get a shot with it. Luckily my roommates also wanted to take photos of the aurora with the rocket range – even more lucky is that my roommates are researchers, here to study foxes. They spend a lot of time off in Wapusk National Park, in a remote research station, on their own. Since they have skills for surviving in the Arctic, they’re allowed to walk off by themselves. They could go to the rocket range, and they took me with them!

I had a lot of fun out there taking photos of the rocket launcher, which hasn’t been used since the 1980’s. Once upon a time, those rockets tried to extinguish the lights. I’m very glad they never succeeded: 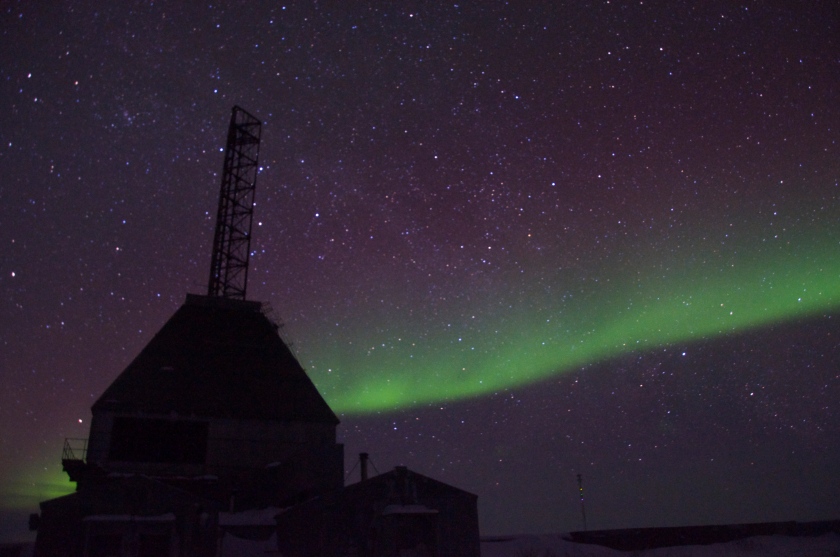 The rocket range and aurora with some clouds. That glow in the bottom left corner is the town of Churchill, hidden just over the horizon:

Remember that SeaWalls mural on the side of one of the rocket buildings? Here it is at night:

I’m having a lot of fun with this camera of mine!