Last Saturday we had the most spectacular show I’ve seen yet in Churchill.

It started as a pretty nice aurora. Early in the evening, we had a lovely green aurora over the CNSC building: 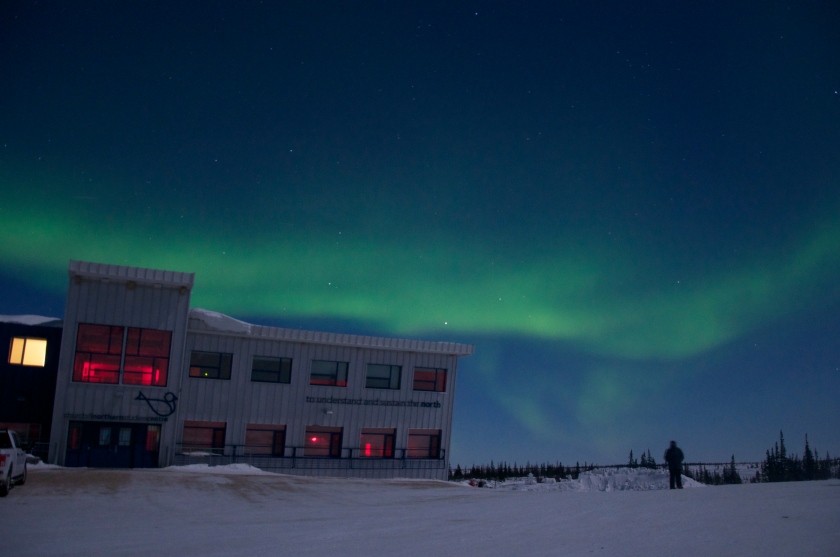 The moon was out and shining so brightly you could see people’s faces clearly. I was out taking photos, and suddenly it just turned into the most incredible display.

It lasted three minutes, and I’ve truly never seen anything like it – it was so exciting to watch! The colours were so bright, even with the moon, and such an array of colours – green, pink, and purple, and the whole thing was moving as fast as it looks in sped-up videos. I was standing on top of a hill and it felt like the aurora was just everywhere – above, beside, and all around me. At one point I glanced at the ground, and the aurora was so bright that it was reflecting pink and red onto the snow.

It was so indescribably beautiful. It felt like we weren’t even on Earth anymore, like we’d been thrown out into space.

I was so busy staring that I didn’t take my eyes off it to adjust my camera settings, or make sure I was getting a clear shot, or anything. I just pointed my camera at the sky and started blindly clicking. I love photography, but sometimes, you just need to be in the moment, and that night was one of those times.

Luckily, my blind clicking did supply some photos!

The beginning of the burst:

It grew stronger still – so much colour in there!

And it got even better, covering what felt like the entire sky. At one point I turned my camera straight up:

Aurora above the CNSC: 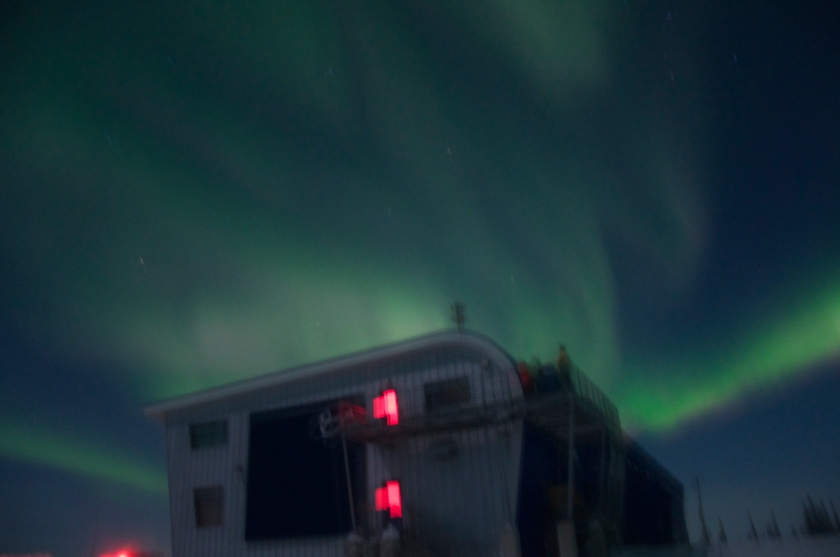 It felt even more special to see it because originally, I had plans to go into town that night for a social. I ended up not going because I had to do a volunteer shift that night, and I was initially disappointed, but now I’m so glad with how it worked out. If I had been in town, I would have been indoors and missed the entire show. The universe put me in the right place that night.

Fading out, still with lots of movement and beauty:

I’m thinking that may have been my last aurora viewing – the skies have been cloudy since then, and I’ve got just a few days left in Churchill. If it was my last viewing, I’m pretty darn happy with it.
But you never know what the future will hold.