One of the questions I get asked most often is if I have any bear spray in my saddlebags. The answer is no: in part because it’d be hard to spray a bear from horseback without it getting in my horse’s face and eyes, and in part because I don’t need it. My horse, Bert, scares away the bears for me.

For the past three summers that I’ve been a horseback trail guide in Jasper, Alberta, I’ve been riding Bert, my guide horse, every single day. We typically ride about 3-5 hours a day, six days a week; all together, I spend more time with him over the course of the summer than any other single being. You could say we know each other pretty well by now. A sure-footed chestnut Quarter Horse, standing at 15.3 hands high, he’s the most solid partner I could have ever asked for.

Bert, ready for a ride:

Bert and I have guided people from Australia, New Zealand, South Korea, Taiwan, Germany, Italy, South Africa, the Netherlands, the United States, Newfoundland, Scotland…. the list goes on. Many of our guests like to take pictures of us, on the trails or after the ride. I figure that by now, Bert and I have made it all over the world via snapshots and Facebook albums.

On the trails, our job is to take people on 1, 2, and 3-hour rides. Most of our riders are absolute beginners, so we take it slow: we stick to a walk, with lots of breaks for photos, regaining lost stirrups, and marveling at the mountains around us. We take out about a couple hundred people each year, him and I, and we’ve managed to keep them all safe and happy so far.

Bert deserves most of the credit for that, because to be perfectly honest, he does most of the work. I’m convinced that if he could just learn to talk, he’d be able to guide the rides all by himself.

Bert, looking out over the trails:

We take out anywhere from one to twelve guests at a time (sometimes with extra guides as backup). If a single horse in our lineup falls behind, he’ll slow down automatically to wait for them. When we have young children on the ride, and I’m ponying their horse from mine, he never complains about other horses crowding him. If another horse tries to pass him, he knows he’s supposed to stop them, so he’ll swing his butt over and act as a roadblock.

My favourite of his skills is his passion for chasing animals off the trail. Some horses have cow sense, a natural ability to eye up cows and keep them in line. I’m convinced Bert has bear sense. When we see one, he seems to raise himself up bigger, he gives them a dirty look, and he’s more than ready to charge at them with my slightest go-ahead. We don’t often have to chase bears – most are afraid of horses, and run when they see us – but occasionally we’ll come across either a particularly stupid, stubborn, or lazy bear that doesn’t want to move. That’s when I’ll start to yell and scream at them from atop Bert’s back, while he goes at them with his ears pinned. These are my trails, Bert seems to feel, So you bugger off, I’ve got a ride to do.

Bert, staring at a black bear on the trail: 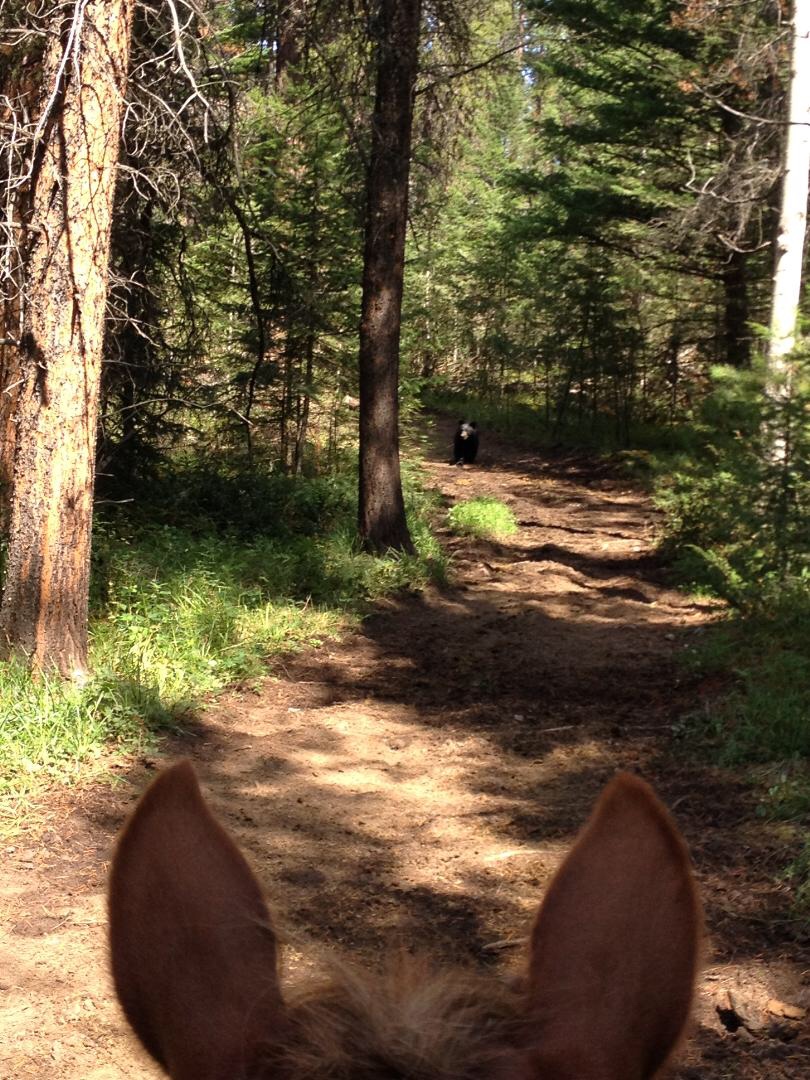 Bert has saved my butt on far more than one occasion. And all he requires is a daily bribe of my apple core and some neck scratches.

This year will be our last season together. After this, I’m hoping to head to a working holiday in Australia or New Zealand, and won’t make it back for another summer in Jasper. Bert is 19 now and will likely work a few more summers before he is retired. It’s expensive to fly out here, so after I say goodbye this September, it’s unlikely our paths will cross again.

There’s going to be a lot of tears come September. And most of all, gratitude: for the partner who’s had my back, been scarier than bears, and kept me safe for three full summers, with every four-footed walk out on the mountain trails. 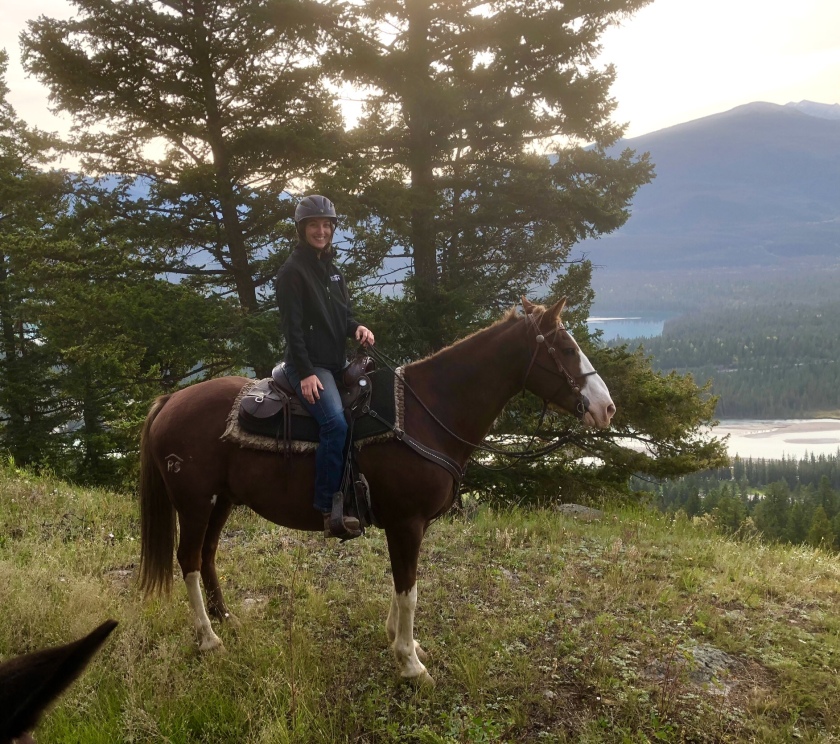 I have become a better guide, a better horsewoman, and a better person, because of this horse. And whenever I think my path in life becomes too hard, whenever I feel like giving up, I’m going to remind myself to treat it all the same way that Bert deals with obstacles in his path.