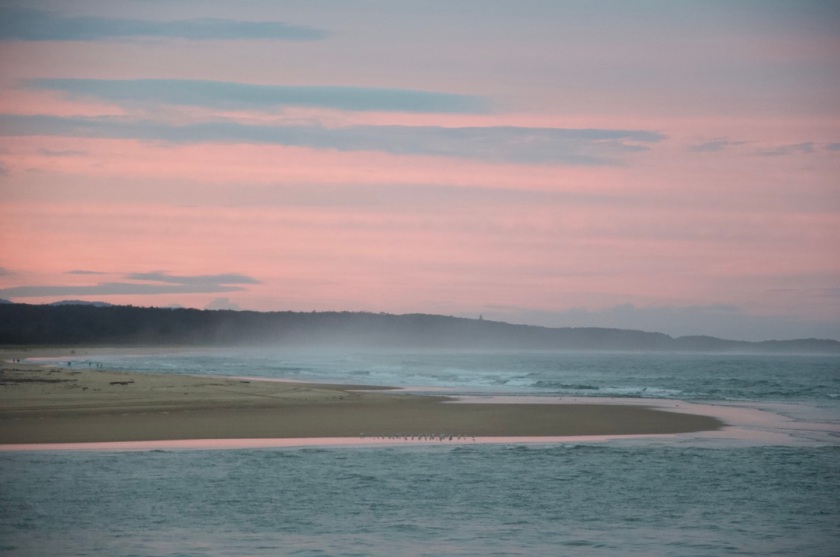 Friday afternoon (arvo) I spent in Port Macquarie, running some errands and getting my car even more equipped for life on the road. At the BCF (Boating Camping Fishing) Store, I picked up a foam mat for a bargain $10 and a guidebook to “Free Camping in Australia”. I also got a little cooler (or as the Aussies call it, an “esky”) and a container to store my food. It’s amazing how quickly my car has come to feel like a little home on wheels. That was one of the reasons I wanted to get a car – it’s so nice to set my bags down and know that I don’t have to lug them around from train station, to hostel, to bus station. I can just set them down and settle in.

After nearly filling up my car with stuff (it’s amazing how much I’ve accumulated in just two days!) I drove a little ways up the coast to the Urunga Boardwalk.

The start of the boardwalk:

The boardwalk ran along a little ocean inlet, with a saltwater lagoon and marsh on one side:

And a little harbour on the other side:

Urunga Boardwalk is also home to quite a few shorebirds! (I was naturally thrilled).

Pelicans out on the sandbar: 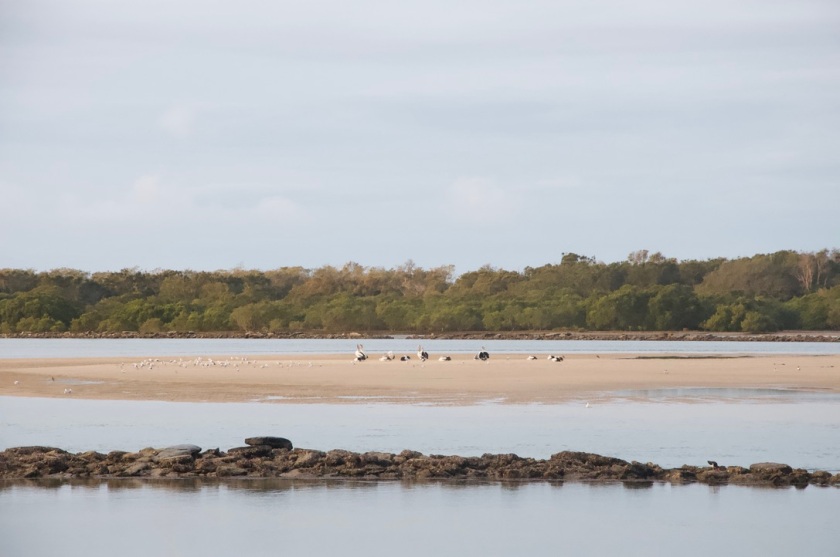 The boardwalk went right out to the breakwater, so you could look up and down the Pacific coast. As I was there the sun set, and the pink sky reflected onto the water below. It was so stunning:

I only meant to stay for about an hour and then get to my campground in the daylight. But it was so beautiful I stayed right until the sun disappeared: 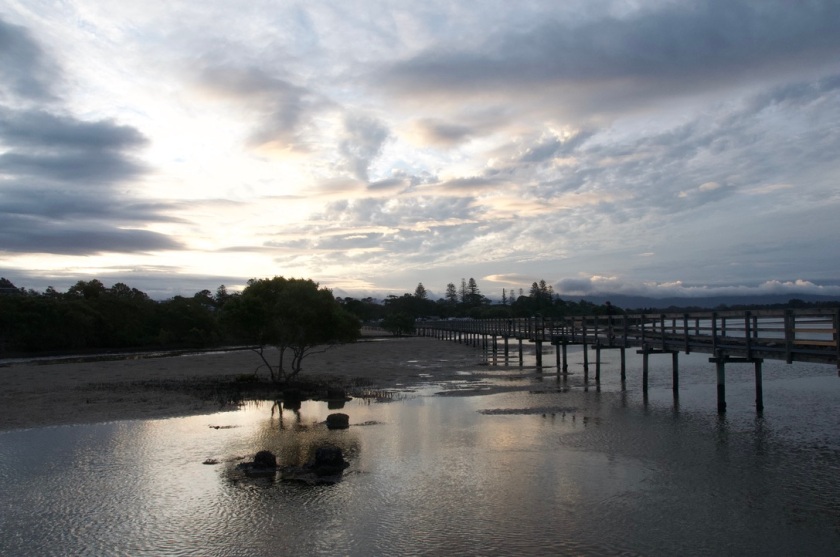 That evening I had planned on camping at the show grounds of a little town called Bellingen; I’d read that you could camp there for a bargain $10. Once I got there, however, I found big “camping closed” signs posted all over the place.

It was not the ideal thing to find out at 6pm, when I was tired and it was already dark out.

Luckily I had my “Free Camping in Australia” book. It showed a rest area you were allowed to camp at, just 10km further up the road.

I was imagining something kind of sketchy and worried that it would be an empty rest stop with just me staying there, all alone. Instead, it was a large, grassy area just off the highway, with about 20 cars and caravans parked in it. Lots of people were free camping – not just young international backpackers, but many Australians, families, and retirees. Several people had nice campfires going. One group had a projector set up and were showing a movie, open for anyone to join in and watch.

Free camping may be my new favourite thing.