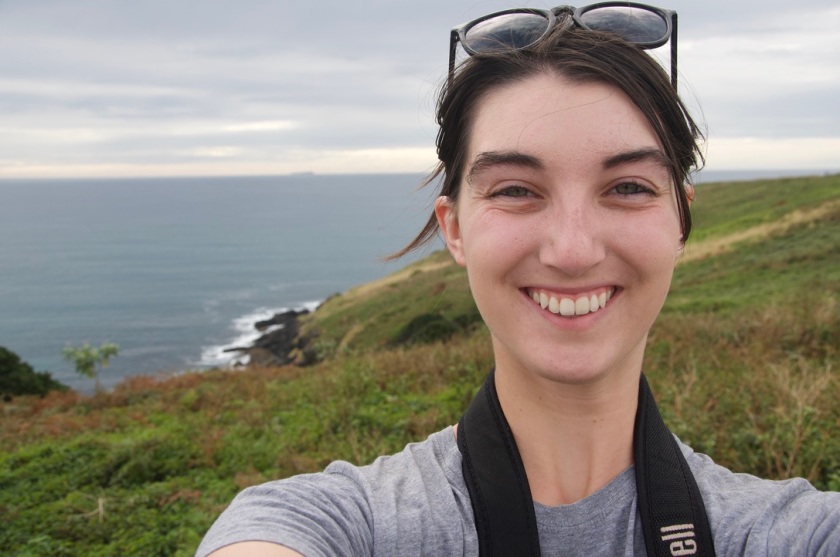 After Dorrigo National Park I headed back to the coast, and spent a day enjoying Coffs Harbour.

I began the day at Muttonbird Island Nature Reserve, which included… you guessed it… more birding!

The island is a convenient 5-minute walk from the town marina, accessible by a paved walkway. 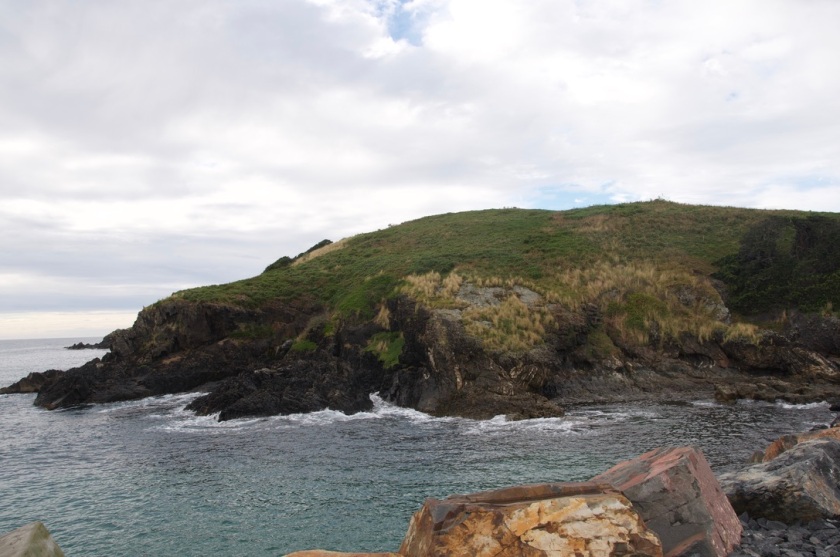 It’s a short walk to get to the top of the island, which offers beautiful views of the town, marina, and coastline in either direction. 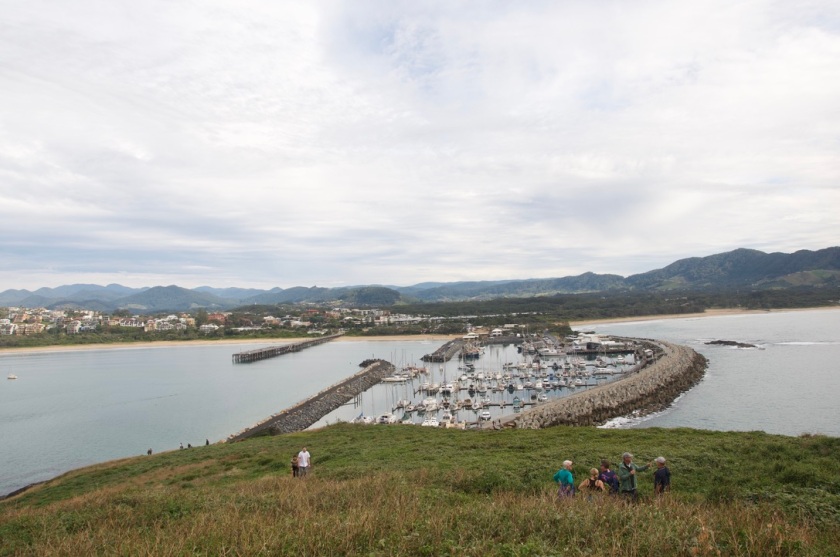 Beaches to the south: 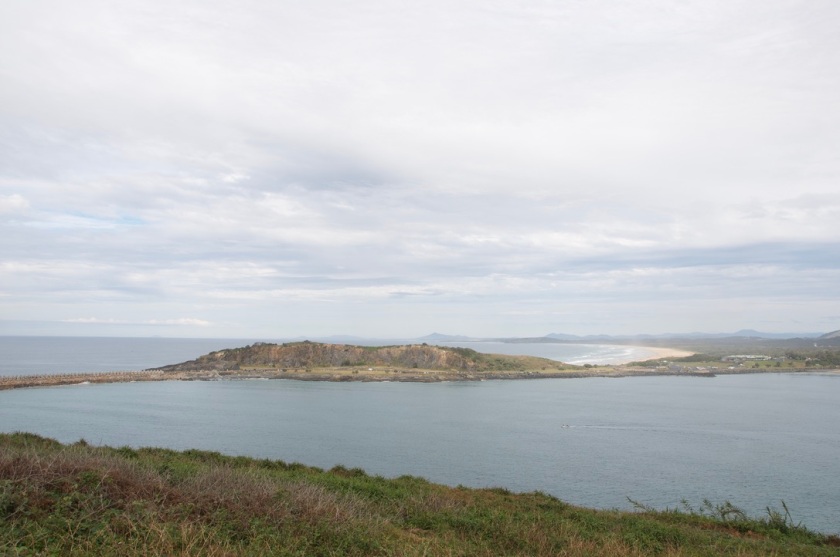 The island had a very old feel to it, like a place of the past. Other than a narrow paved path, the entire island was committed to nature. If you stepped even an inch off the path (and there were signs warning you not to), you would have trod on brush, low growth, and bird habitat.

It reminded me of the scenery from the newest Star Wars trilogy, the place where old Luke is living (apologies for anyone who hasn’t seen the movies and doesn’t understand that reference).

The place was alive with wrens, seabirds, and more. I saw a new (for me) bird there, one that took my breath away – a Brahminy’s Kite! 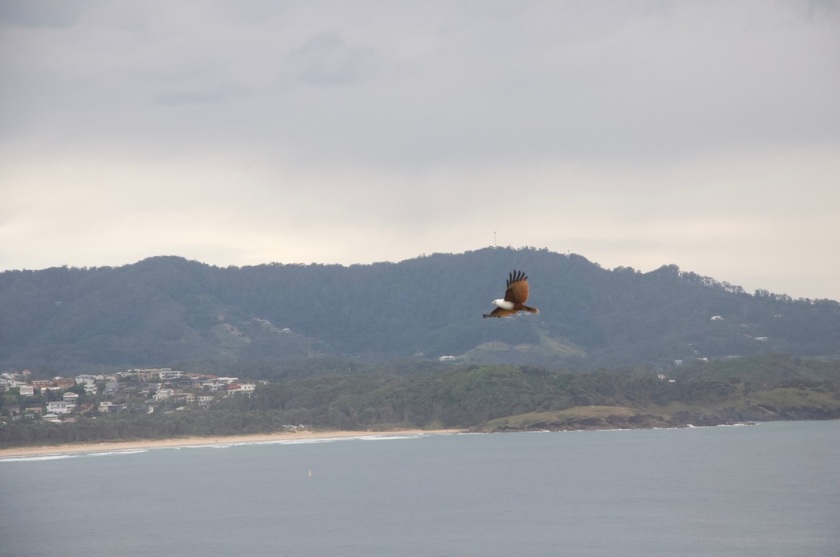 Also formerly known as the Red-backed Sea Eagle, this bird reminded me a lot of a Bald Eagle. It was so spectacular: 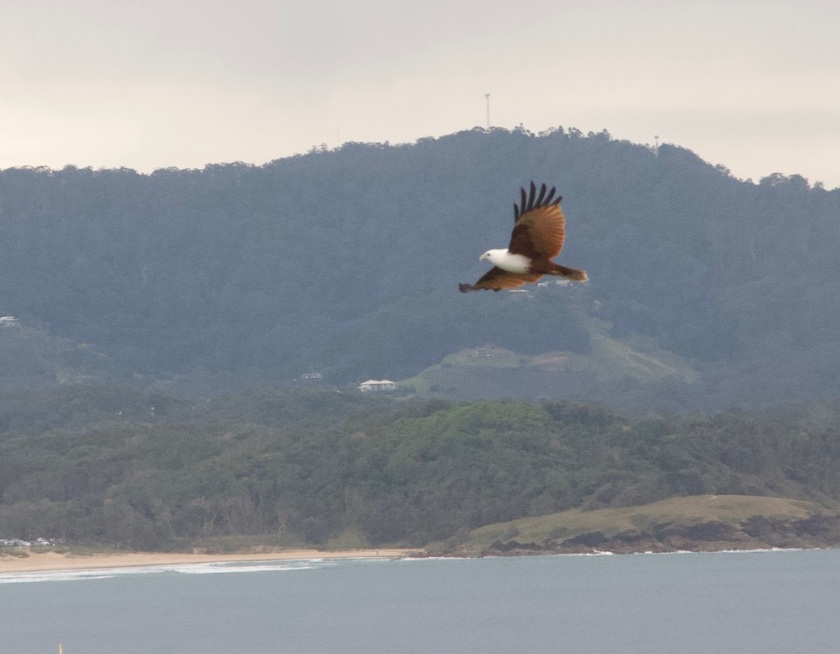 But in addition to birds, the island is also a great place for spotting migrating whales.

Between April and November every year, humpback whales migrate north from the Southern Ocean, passing Australia’s eastern coast on the way. From Muttonbird Island I could see whales spouting, far off in the distance.

I didn’t get a photo (they were so far away), so please enjoy this photo of a Sooty Oystercatcher, instead (another lifer for me!): 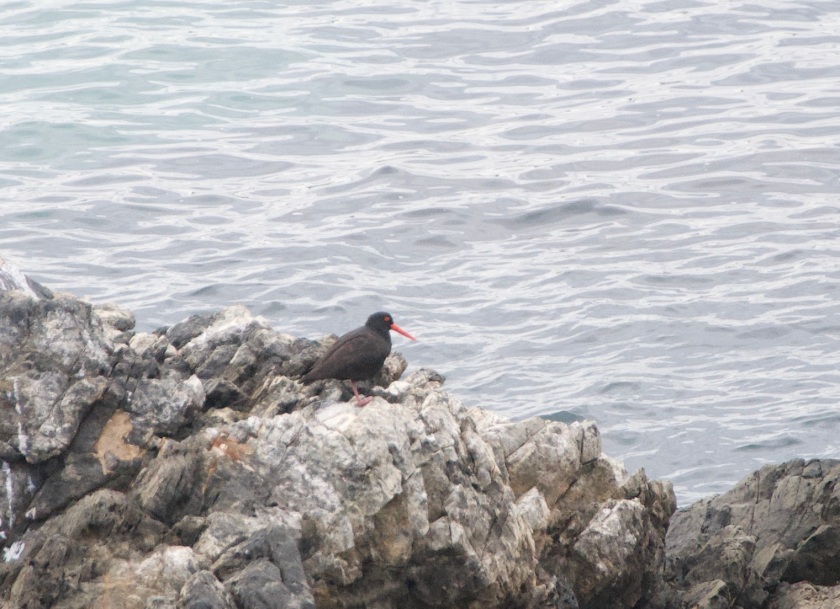 Upon seeing the oystercatcher, a woman behind me told her kid: “Yes, honey, that’s a muttonbird.” (I had to stifle a laugh… clearly, they are not a family of dedicated birders).

A muttonbird is actually another name for a shearwater, a seabird species similar to a gull. Though shearwaters are often seen from the island, I didn’t get to see any on my visit.

After my walk on the island, I bopped around Coffs Harbour for a bit, and went to a little market by the harbour. They had food stalls, crafts, and even live music! (The musicians were playing at a stage about forty feet away from any people).

On my way out of town, I stopped at the “big banana”, which I’d been told was something of a quintessential Aussie experience – you can’t go to Coffs Harbour without getting a frozen banana at the big banana! 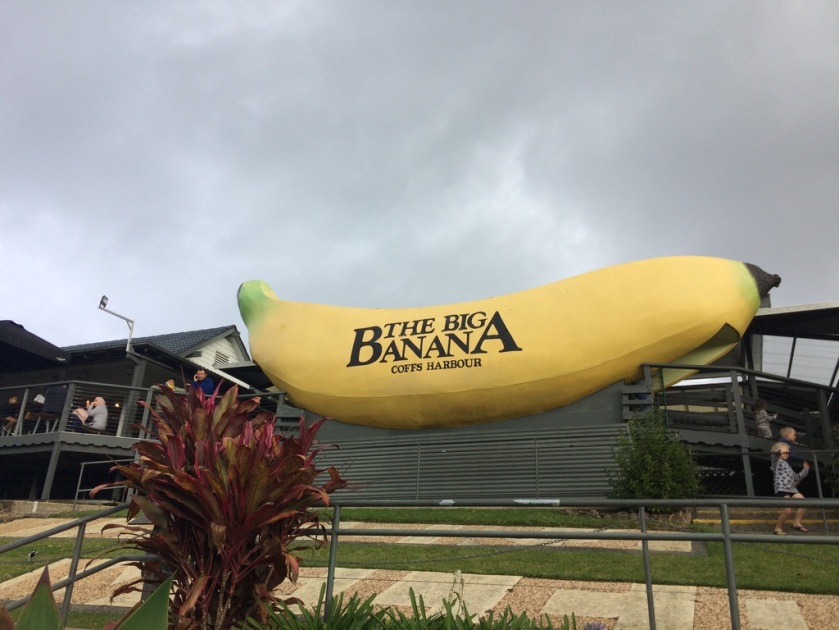 I did try one of the chocolate-dipped frozen bananas…. and it was delicious.