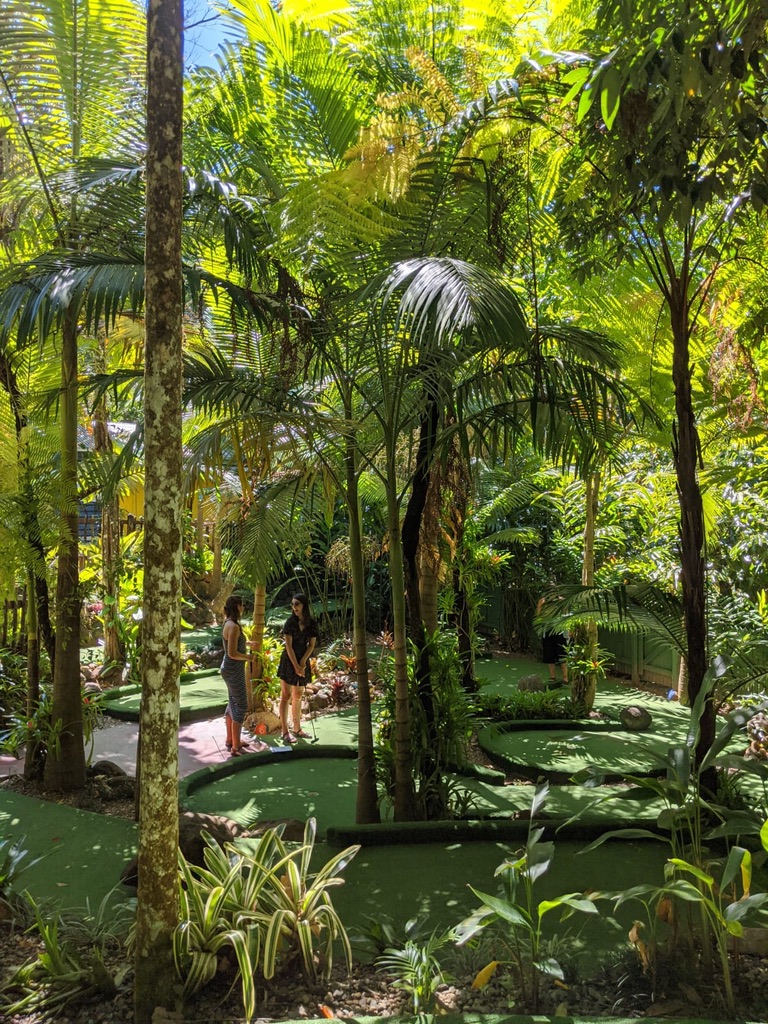 Finally – we had arrived in Cairns!

Cairns (pronounced “Cans”) was meant to be the end of the trip. My travel mates and I had all spent the last six or so weeks living out of our cars and tents, so we decided to treat ourselves and stay at an Airbnb while we were in the city.

We spent four days relaxing and doing some sightseeing. A highlight for me was getting to see an old friend again – my mate Sarah, who I worked with in Jasper the summer of 2016! We’ve kept in touch since then and it was so good to catch up and see how we’ve both changed in the past four years. I think I’ve said it before, but truly one of my favourite things about travelling is when you get to reunite with good friends you haven’t seen in too long.

Another highlight of our time in Cairns was the birding! Along the Cairns Esplanade, I finally saw a Black-necked Stork (a bird I have been hoping to see for weeks):

Our Airbnb was close to the Cairns Botanical Gardens. One morning I woke up early and headed out solo to spend the morning birding around the gardens. I stopped in near the cafe, thinking I’d get a coffee to walk with, and I ran into a guy who was standing there with binoculars and a spotting scope (for birding).

He noticed the bincoulars around my neck and said, “Hello. Are you here for the bird walk?”

It turned out that I had accidentally shown up to the Cairns birder’s free, Tuesday morning bird walk! Within minutes, about twenty people had gathered, and our guide – a local birding expert – spent the next two hours taking us around the gardens and helping us spot rare birds.

The best sighting was this pair of Papal Frogmouths…. they might look like bark, but those are birds! Frogmouths are in a similar family to owls:

I saw four new lifers that morning, and infinitely more birds than I would have found alone. It was a serendipitous morning indeed.

Some other highlights from Cairns included:

The Tanks, located in the botanical gardens also. The Tanks are a set of massive old oil tanks, put there initially to support Pacific naval operations during WWII. Now the tanks are home to art galleries, exhibits, and music shows:

Inside the art gallery:

A morning around Kuranda markets. This place was full of winding aisles, craft and art vendors, and food (particularly a lot of Japanese food). Bought some art, ate some gyoza (dumplings), and played a round of mini golf:

Enjoying our Airbnb to the fullest. Eleven of us stayed there, and we had shared dinners every night, along with playing games, watching movies, practicing our salsa skills, enjoying the hot tub, and drinking pina coladas.

Safe to say, we were the happiest (and most spoiled) backpackers ever:

This time in Cairns was meant to be the end of the trip. I had only planned on travelling until August 22, and had intended to try and find some work after that. By then it was nearly September.

But sometimes the best thing to do is scrap the plan. There were a few more beautiful places, just north of Cairns, that I was dying to see; and I wasn’t quite ready to say goodbye to my travel mates yet.

I could go another week, and my travel mates felt the same. After four days in Cairns, we hopped back into our convoy and drove off; once again, headed north.

The adventures would continue…